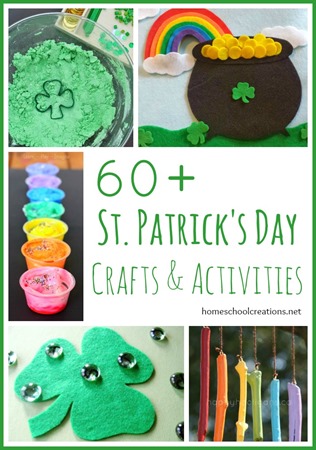 March 17th is just around the corner and here are some fun St. Patrick’s Day activities, snacks, resources, and printables from past Preschool and Kindergarten Community link ups that you are going to love! Rainbows, leprechauns, and gold abound – get ready for some fun!       END_OF_DOCUMENT_TOKEN_TO_BE_REPLACED

END_OF_DOCUMENT_TOKEN_TO_BE_REPLACED

How to Build a LEGO Robotics Team

Take several homeschooled boys, aged 10–14, add a pile of LEGO bricks, a robot, and a challenge to solve, and you get a LEGO robotics team! Our organization, ARCHERS for the Lord, Inc. (The Association of Relaxed Christian Home Educators), decided to participate this past year. During our first year of participation in FIRST (For Inspiration and Recognition of Science and Technology) LEGO robotics, we built the game set in the basement of one of our leaders and used her kitchen for filming a video about the research project.

The FIRST LEGO robotics program emphasizes teamwork, innovation, and courteous professionalism in their worldwide competitions. The program kicks off in August with the announcement of the theme for the year. Past themes have included bone cancer and alternative energy. This year’s team was “The Food Factor,” and all projects were to focus on food safety. Each team works together to build a robot that moves and lifts objects with handheld robot controllers. There is a series of competitions, although a team doesn’t have to be part of the actual competition process. In fact, there are even ways to participate with just your own family; however, we found that the learning process the boys experienced as part of a group was well worth the additional organizational work on the part of the parents.

One Wednesday afternoon, the boys met around a homemade plywood table, and each chose a piece of the setup to build: rat traps, cold storage trailers, cows, a giant sink to wash germs in, and towers holding bacteria and viruses for the LEGO robot to contain. Their challenge was to remove food-borne illness and contaminants from farm, trucking, and fishing industries and to get the food safely to the table within two and a half minutes, using the robot they would build.      END_OF_DOCUMENT_TOKEN_TO_BE_REPLACED

END_OF_DOCUMENT_TOKEN_TO_BE_REPLACED

Freezer cooking is one of my very favorite ways to prepare meals for our family. When I have a large variety of yummy meals already prepared and ready to go with just a little reheating, I am much more likely to enjoy having healthy, homemade meals every night rather than resorting to carry-out, eating out, or picking up quick-but-unhealthy foods. Freezer cooking can also be very economical, because you are able to buy things like meat or veggies in large (and often cheaper) quantities and you can learn to make the most of leftovers.      END_OF_DOCUMENT_TOKEN_TO_BE_REPLACED