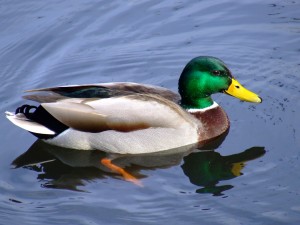 A few years ago, if someone had written the words, “Duck the Halls,” you would have assumed it was a typo. Today, however, there’s a Christmas album out by that title from none other than “Louisiana’s most unlikely millionaires,” the Robertson family of the hit TV show Duck Dynasty.

Some people find the show a little strange. Between long beards and camouflage, it definitely isn’t like most of the other stuff on television, but it’s one of the most popular shows on the air. We believe that’s because the show captures the things people cherish: Faith, family, and freedom—or, as Jase Robertson put it, “God, family, and ducks—in that order.”

Faith, family, and freedom are part of what makes America great. Some people might like to file the words “In God we trust” off our national monuments. They might also wish they could blot out the ink used to write George Washington’s or Abraham Lincoln’s calls to national prayer. Faith, family, and freedom are part of America’s identity. With so much trash flooding the TV, isn’t it nice, for once, to see someone step up and affirm those values we hold dear?

As Christmas approaches, it’s good to stop and reflect on the many blessings we enjoy. We have our family and friends, and we have the freedom to worship God and give thanks for all He has given us. We want you to know how much we appreciate your friendship here at Education Alliance. Without your financial support, your words of encouragement, and your prayers, there’s simply no way we would still be here after so many years.  Have a blessed Christmas from our family to yours!